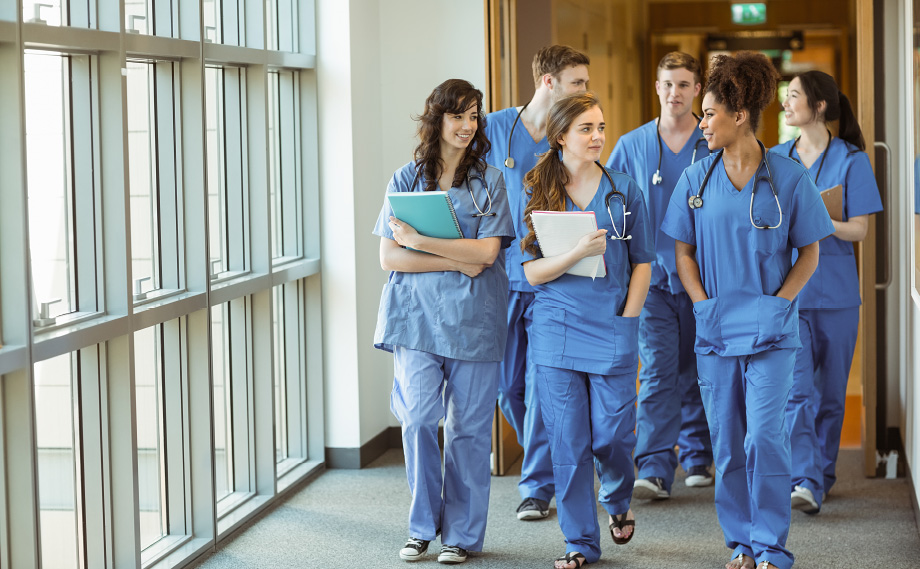 As an approved provider of services on the current NHS Framework, NES is able to offer applicants the opportunity to start their NHS careers with us.

These positions tend not to be resident 1:1 rotations, often instead mirroring the more complicated shift patterns that the NHS doctors work. Some doctors will work on alternate weeks but in most cases doctors are expected to work every week. We have devised a suitable rota for every role which we will talk each applicant through so that they fully understand the work pattern that they are going into.

NES doctors working in our rotations are often better paid than their counterparts who are directly employed by the NHS and we are able to offer assistance with accommodation costs.

Usually NES doctors at NHS hospitals will be working as an SHO-equivalent level and will work alongside NHS staff as an employee of NES. The wards will be busy and the roles can be stressful, particularly at nights, but most tasks and responsibilities remain at a similar level to those in the RMO role.

We cover many specialties, but the greatest current demand is for doctors to work in orthopaedics, general surgery and general medicine.

Whilst these are not training posts, therefore will be opportunities for NES doctors to take part in training sessions and experience gained at NHS sites will count towards future applications within the NHS or on the GP training programme.

The minimum requirement for an applicant is 3 years' post-registration experience, which will include dedicated exposure to General Surgery, Trauma & Orthopaedics or General Medicine patients, in addition to holding a Primary Medical Qualification and full registration with the GMC.